Coronavirus:Your safety is our top priorityImportant Information for PatientsFind updates and informationabout how the Coronavirus (COVID-19) affects medical travel. 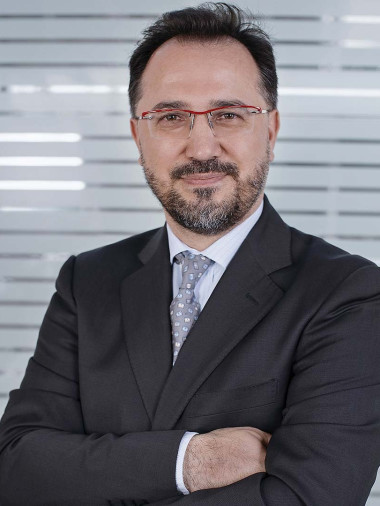 (8 Reviews In All Countries)

Dr. Patrik Paulis is a leading plastic surgeon in the Czech Republic and has treated international stars like Madonna, members of Guns’n’Roses or Shakira. With 21 years of experience he has worked in several reputable clinics and hospitals not only in Prague but also in Paris. He trained under renowned specialists like Prof. Jean-Marie Servant and Dr. Francoise Firmin. Amongst the procedures, he specializes in are breast surgery, liposuction, abdominoplasty, rhinoplasty, facelift, gynecomastia, and hair transplantation. Dr. Paulis speaks several languages: English, German, Czech, French, and Russian

International course and diploma Advances in Breast plastic surgery at the Clinic of Plastic Surgery of the Léon-Bérard Center in Lyon - France - Dr. Delay / June 2004 /

New procedures in the treatment of congenital cleft palate and lips at the University Clinic of Pediatric Plastic Surgery and Burns at Roger Salengo University Hospital in Lille - France - Prof. Pellerin and Prof. Martinot / April 2004

Dr. Patrik Paulis, MD has achieved 24 out of 35 points and is awarded with a Qunoscore of 7.6, Very good.

Qunoscore allows you to compare hospitals and medical specialists from all over the world on a level playing field, and confidently choose the right professionals for your individual needs.

The qualification of the doctor is determined by their experience as a doctor and conducted treatments. We additionally look at where they were educated and whether they have a specialization in a relevant field. Scientific and educational activity (e.g. lecturing at universities or conferences) is a plus.

Years of experience as doctor

These services should give an idea of the practical side of things. We believe that you will feel most at ease knowing that all your questions will be answered within a short time, that can you choose your appointment flexibly and that you will be able to communicate with the clinic staff. Different payment modalities or having the option to get dates confirmed on the spot are definitely helpful too.

English spoken or translators on site

Most clinics offer all-inclusive packages. This way you don't need to worry about details. The price level score gives you a rough idea about how this doctor's pricing performs against similar doctors. Services which are often included in the treatment packages are accomodation, transfers and after care. Moreover, if you are two or more people traveling together and getting the same treatment, some clinics even offer group discount and you can save a bit of money while also enjoying your trip with your friend(s).

We conduct our own in-depth patient surveys when they book their treatment through Qunomedical. In order to give you a bigger picture we have also aggregated the public review ratings from platforms like Google, Facebook or Trustpilot for example. The NPS score on the other hand highlights the likelyhood of the patient recommending the doctor to friends and family.

Below you find an example of what your trip could look like. We will provide you with your personal itinerary when you book with us.

ABClinic Art & Beauty is the first clinic in the Czech Republic to provide a comprehensive concept of multidisciplinary comprehensive care in the field of aesthetic medicine, all under "one roof". Their goal is to take responsibility for caring for the patient’s body under their professional supervision. The key factor for ABClinic Art & Beauty in professional treatment is the combination of not only the right technique but mainly the quality and functionality of cosmetic devices and complementary products. Hence, they specially focus on their selection so that they can offer their patients the best that current world cosmetology has to offer.

Below find some of the frequently asked questions about your procedure and the trip.

No installment plans/no financing available but you can book your appointment up to 12 months in advance, giving you time to save.

I had previously booked consultation with other physicians but were unable to satisfy me. But with my consultation with Dr. Paulis, he understood my concerns and made recommendations based upon my lifestyle as a sportswoman.

I have been considering getting breast augmentation for some time now and I had an idea what I wanted. I had previously booked consultation with other physicians but were unable to satisfy me. But with my consultation with Dr. Paulis, he understood my concerns and made recommendations based upon my lifestyle as a sportswoman. He proposed a smaller size than what I wanted but he managed to convince me that it would be better for me. He answered all my questions and was very firm in what he felt w... Show more

From the beginning Dr. Patrik was very professional and provided an individual solution to my concerns that was focused not only on aesthetics but also naturalness and quality.

Two months after the procedure and I am very satisfied with the result. From the beginning Dr. Patrik was very professional and provided an individual solution to my concerns that was focused not only on aesthetics but also naturalness and quality. In the future I will only consider him for any future surgery.

Everyone involved from the Doctor, nurses and staff had a very close approach from the first contact to the last.

I had a difficult surgery and I am very glad that I chose such a great surgeon. Everyone involved from the Doctor, nurses and staff had a very close approach from the first contact to the last. The doctor treated everyone individually and I felt like I was his only client.

Dr. Paulis and his staff are very professional and have a very personal approach.

Dr. Paulis and his staff are very professional and have a very personal approach. I am happy not only with how the surgery went but how the doctor and clinic staff as well. All my questions and my husband’s concerns were answered with patience by the Doctor. I was also provided a telephone contact with the Doctor as a big plus and he actually responded promptly even after the operation. I am happy I chose such a professional.

I was thinking about this for many years and 3 previous consultations but I had a good connection with the doctor when I first met him. I can recommend Dr. Paulis to everyone who is looking for nice but “natural” looking breasts.

In my opinion Dr. Paulis is a genius and a true artist. He is very experienced in cosmetic surgery. He is very clear on what is possible and he only does things that would be healthy for the patient and would be considered “normal” and would be tolerated by the patient. I was in the clinic for 2 days and I was well cared for and after one night at home I could stop taking my medication. It is now almost 3 weeks now and I am super happy with the results, I was thinking about this for many years ... Show more

I went to Dr. Paulis for Breast augmentation and would go back again and recommended the doctor to many of my friends.

I went to Dr. Paulis for Breast augmentation and would go back again and recommended the doctor to many of my friends. All of them were very happy as well.

I was very pleased. The treatment results are what I was hoping for. My nose's shape is now how I wanted it for so long. All the staff were very nice. With good advice and aftercare.

Dr Paulis is always available to message or call whenever I need to ask questions or send progression photos. Such an amazing, happy experience. Qunomedical are very professional and friendly and I am soo happy I chose them to walk me through my great experience and operation 👍

We were picked up from airport in a very stylish car( felt like a celeb😁) Dr Paulis is a very nice man, very professional and a perfectionist. All staff are professional and very friendly and caring. Facilities were very clean and has a lovely atmosphere. A stylish, comfortable car was also arranged to take us back to airport. Dr Paulis is always available to message or call whenever I need to ask questions or send progression photos. Such an amazing, happy experience. I am soo glad I picked Dr... Show more